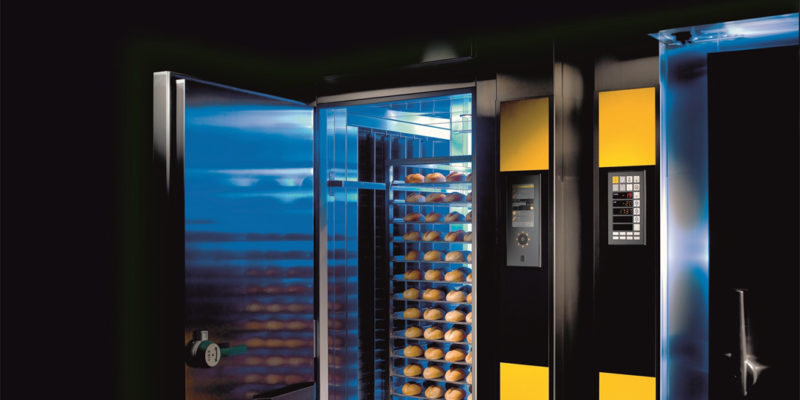 Bakers need to be cool and calculating when it comes to choosing a refrigeration system. Many, however, tend to forget the vital role the control system plays if they are looking for increased flexibility, a better quality finished product whilst at the same time cutting costs by reducing energy consumption.

This point is made Steve Merritt, managing director of EPP, the company whose stated mission is to enable bakery innovation. MIWE, one of Europe’s leading manufacturers of bakery equipment has introduced a control system which it says has resulted in “a quantum leap” in bakery refrigeration because it allows the baker to achieve “every fermentation process curve.” The system is available to British and Irish bakers through Epsom, Surrey-based EPP.

Called the MIWE TC , its large, clearly laid-out touch screen display is very easy to use and allows up to 99 different programs to be set each with up to eight different phases which can be variably programmed.

With the MIWE TC, the baker can always see at a glance which section the climate control program is in, as the curve is graphically displayed with the current process status clearly indicated on it.

This easy handling is not the only advantage. There is also the precision with which the MIWE TC processes temperature and humidity. The new, powerful system integrates advanced sensors which when combined with its computational accuracy achieves the precise levels of climate control sought by today’s innovative bakers.

The refrigerating unit is even more climate-accurate if used with MIWE’s “energy package”. This allows the user, if required, to adjust the temperature difference between the evaporator and the ambient air, the oft-quoted “Delta T”, with maximum precision according to the requirements of each climate control program or product. 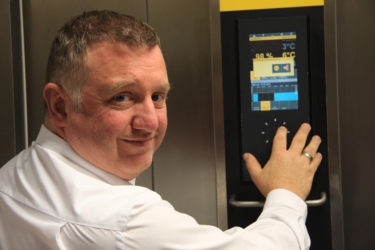 Thanks to this energy package, the refrigerating unit follows the baker’s setpoint curve exactly, without any under or overshooting, so much so that it is claimed some users have asked whether the unit is actually working because the actual process curve follows the setpoint so closely.

The adjustable “Delta T” has two basic effects. On the one hand, the evaporator always works in its optimum output range. It is therefore, under less strain and, as a result, the unit requires less energy.

Even more important is the consequence for refrigerated products .The lower the “Delta T” between the evaporator temperature and the room temperature, the less moisture is withdrawn from the products.

This withdrawal of moisture is the problem of many refrigerating units face and one that is usually “solved” with complicated air conduction or inconvenient rehumidification.

MIWE refrigeration specialist, Werner Degen, puts it in a nutshell when he says: “Why should we spend so much time and energy rectifying dehumidification damage if we can prevent the damage occurring in the first place?”

Mr Merritt concludes by saying: “The new MIWE TC shows that MIWE is at the forefront of baking technology and by working in partnership with the company EPP is committed to enabling bakery innovation.”